Lojze Spacal (1907-2000)
For his printmaking and painting oeuvre

Lojze Spacal, a Slovenian painter from Trieste, Italy, built a monumental oeuvre, most prominently marked by his printmaking, where in an ingenious synthesis the artistic traditions of the Slovenian Karst meet the influences of European art movements. As one of the first artists in the post-war years to pave the way for relaxed artmaking, Spacal started exploring the possibilities for a symbolic presentation of the Karst and life in this small corner of the world. He enhanced the solid classical composition, which is essentially a revalued system of the harmony of heavy stone figures of the folk art tradition, with vivid but carefully considered colour elements. In the world of rock masses and specific living conditions, he sought the essence and characters that were, at the same time, a reinterpretation of reality and forms with new meanings, which he could use to tell the truth about us and our lives in a new, original way. That way, he created a unique personal style, which consistently goes back to the avant-garde experiments of the group of artists of the Primorska region from the 1920s. Therefore, three important components can be identified in Spacal’s work: his attachment to his native Karst, the local avant-garde tradition, and broad international horizons. These are all features that make his work one of the lasting monuments of authentic Slovenian art. An inspiration for the revolutionary turn in Slovenian art in the 1950s, Spacal's work is still alive today. A large retrospective exhibition in Nova Gorica revealed the importance of his work in all its dimensions. Made at the intersection of two national cultures, his art is one of the biggest achievements in this cultural environment and beyond. 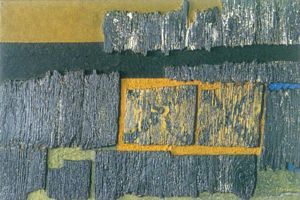