Avgust Černigoj (1898-1985)
For his lifetime achievement in fine arts

August Černigoj was our only representative of constructivism in fine arts when this ideological orientation still presented a revolutionary circulation of art concepts as well as introduction of new, mainly advanced European ideas of 1930s into our culture. He was a Munich student, an assistant in Gropius' Bauhaus School, Andrej Lhote's student, a tireless seeker and devoted art teacher. During his work, he became highly flexible in his search for the best art solutions regardless of the theme or style. This defines him as one of the first Slovenian artists who successfully tested his knowledge of art theory in practice. Černigoj was a painter, a printmaker and a designer. His mastery is revealed in numerous architectural paintings in the Primorska region as well as in the documentation of the art equipment for four cruise ships. As a teacher and nationally aware Slovene, he helped educating several generations of Slovenian students in Trieste, including several fine artists. He organised many solo exhibitions and participated in group exhibitions regularly. 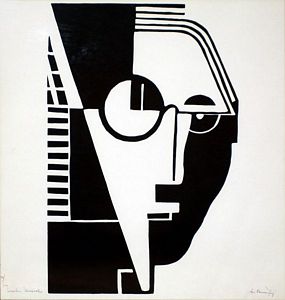