The creative fields of Professor Boris Kobe include architecture and painting, scenic design and book illustration. At the same time, his work as an artist invariably involves the transfer of his artistic findings to younger generations and pedagogical assistance in the making of Slovenian films. This testifies to the originality, ingeniousness and creativity of a homogeneous artistic persona. His architectural ideas formed the basis for the reorganisation of the old city of Ljubljana. As an architect and designer, he participated in the making of a series of monuments to the National Liberation Struggle, from Urh, Trbovlje and Podljubelj to Dražgoše. Kobe's paintings convey the same kind of ideological and emotional commitment, the same generosity and attachment to people's aspirations and traditions. Used in literary works such as Visoška kronika, Deseti brat, Veli Jože, Martin Krpan and Trdina's tales, Kobe's book illustrations address the fate of the common Slovenian by means of the symbols of his primeval power and spirit. The artist’s lifetime achievements are a testament to the living heritage of his popular thought and social commitment. 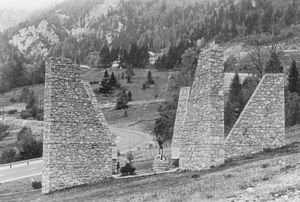